Vision: The Key That Unlocks Your Future—Part 1 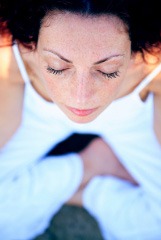 A vision is one of the most action-oriented steps you can take in developing a fulfilled, purposeful life. That’s why it’s the bedrock for the coaching I do.

It’s the bulls-eye to your future. Without it, you wouldn’t know when you’re on or off the path, as there wouldn’t be a path. It’s a transformational distinction for alerting yourself and others as to what you’re up to. Sometimes an anchor in uncertain waters, and at other times your north star in the sky—a compelling viewpoint to both ground and propel you.

In America, we believe an awful lot in the power of luck. But ask any long-standing entrepreneur or entertainer—the Bill Gates and Oprah Winfreys of our time—and I bet he or she’ll say that each door opened only after making an outrageous number of nerve-steeling phone calls and following a big gutsy dream.

Each time you envision something you want—a solid marriage, vibrant fitness, passionate career—and take supportive steps to make it happen, you move it into the realm of current reality. Now, granted, it may not pan out the way you expect it to, but the point is none of it would come to pass if you didn’t first hold that vision in your mind’s eye.

Let’s talk first about what a vision is not before more clearly defining what it is.

A vision is not:

And although I used the word “dream” earlier, a vision is not exactly like having a dream, either. A dream is really a grand goal, whereas a vision is the person you want to be upon reaching your dream—the creative or connected or flexible or fun human being you picture as yourself some day. Paradoxically, your vision may be both out of reach and totally accessible at any given moment.

Next post: What else a vision IS, and one way to create yours.

This site uses Akismet to reduce spam. Learn how your comment data is processed.

Call Your Own Truce! 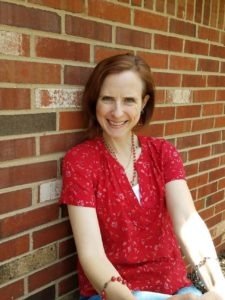 Learn why you want me by your side as your Weight Loss Coach and your Life Coach.

Discover what you can expect with me as Your Corporate Wellness Consultant.